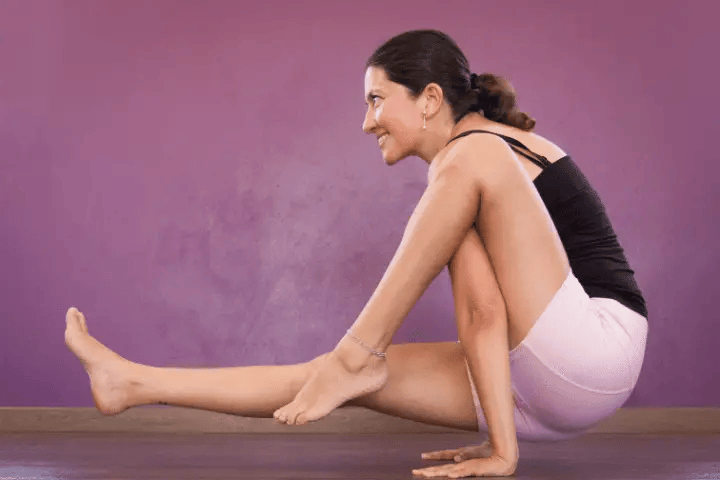 Is super brain yoga real or hoax is a debatable topic, and the topic intensifies as you dig deeper into the subject. Read ahead to get some answers!

Superbrain yoga, as the name suggests, is related to your brain and gets your attention.

For those not familiar with this term, Superbrain yoga is a self-improvement activity aimed at giving overachievers an extra edge and claims to cause drastic improvements in children with neurological disabilities such as autism, ADD, and ADHD.

It would be great to know that a simple yoga pose or asana can make you smart. Superbrain claims to give a more powerful, smarter, and faster brain.

This sounds impossible and more like a hoax or a joke, but it could also be real. While there are some claims of Superbrain Yoga being a hoax, others suggest it is real.

What Exactly Is Super Brain Yoga?

Superbrain yoga is mainly a method introduced and publicized by author and pranic healer GrandMaster Kok Sui. In his website and book, he claims that this ancient technique has been refined and reintroduced by him.

Master Chao Kok Sui, in his book SuperBrain Yoga (SBY), reveals that it is an ancient Indian technique that utilizes breathing techniques and acupressure that are seemingly supposed to create a balance in the two hemispheres of the brain and increase energy.

The website also cites an unnamed study that mentions that the alpha waves activity increases after performing Superbrain yoga for a minute. This increased time in the Alpha state is attributed to creativity, intuition, improved memory, emotional stability, and better health.

What is Pranic Healing?

Pranic healing claims to be a healing system for energy created and promoted by Choa Kok Sui, of Chinese descent, Filipino entrepreneur, and philanthropist. Pranic healing makes a claim that energy or prana can help heal ailments by contributing to the individual’s energy field.

Sui also mentioned that pranic healing is similar to yoga and acupuncture in which treatment is done for the “energy body,” which affects the “physical body.”

Step 1. The First Step is to remove any jewelry being worn and face east (use a compass if required to find the east direction)

Step 2. The second step requires you to roll your tongue inward and press it firmly on the roof of your mouth.

Step 4. In the fourth step, you should bend your left arm at the elbow while reaching out for your right earlobe.

Step 5. In step five, with your left thumb placed on the outside of your right earlobe, place two fingers on the inside behind the ear.

Step 7. In the seventh step, bend your right arm at the elbow and reach for your left earlobe.

Step 8. In step eight, with your right thumb on the outside of your left earlobe, place two fingers on the inside behind your ear.

Step 9. In step nine, inhale deeply through your nose while squatting down to a sitting level position (no chair, squatting only). Try and remain squatting as close to the floor as possible.

Step 10. Hold the squatting position for two to three seconds and rise to your original standing position while exhaling.

Step 11. Take a pause for a second and count one cycle.

Step 13. Take a pause for one second and repeat for seven more cycles (a total of 14 cycles)

Step 14. At the peak of your 14th cycle, release your ears and let your arms fall gently to your sides. Finally, release your tongue from the roof of your mouth.

The squats in Superbrain yoga uses the asana or yoga pose, which is the chair pose except for the crossed arms and ear grab or Utkatasana.

Adding to those is the finger, arm, upper body, and tongue position, which is done in Thoppukaranam, a devotional practice. The practice was performed for Lord Ganesh or the elephant deity.

The direction is significant in enacting rituals. East mentions the compass point of the rising sun, so meditation or prayers take place facing East.

Thoppukaranam is also a general classroom corrective activity for inattentive or disorderly children in India.

The Significance of Ears

Continuous pressure synchronizes and aligns both halves of the brain. Applying pressure on the earlobes might trigger useful hormone production and restore balance to several glands such as the pineal gland and hypothalamus, which controls the circadian rhythm and response to light and dark.

For Superbrain Yoga being a hoax

The disbelievers classify and claim that it is a hoax. In his blog, Dr. Steven Novella, an academic clinical neurologist at Yale University, discredits the Superbrain Yoga fad as a pseudoscience.

He says that studies on the effects of Superbrain yoga are biased and flawed, stating that the prana energy is make-believe and researchers attributing the increase in Alpha wave activity and other improvements

It is a placebo effect.

Researchers and Neuroscientists struggle to give a conclusion as to why the placebo effect exists. One reason or potential hypothesis is that those who think through Superbrain Yoga heals and are made well and experience a significant stress reduction.

There is a feeling of relief when receiving treatment, leading to better-regulated body chemistry and being in an improved state.

What science says on Superbrain Yoga?

A journal published in the 2014 International Journal of Yoga examined the effect of Superbrain Yoga exercise on selective attention and psychological states on 80 undergraduate students in India.

They found out that students performing Thoppukaranam, or the SuperBrain squats, had secured significantly higher controls in cognitive functioning, which included concentration, attention, and mindfulness. They had also outperformed their peers in acuity, accuracy, and mental processing speed showing a significant drop in stress and anxiety.

A non-randomized, empirical study, published in the Perspectives in Psychiatric Care in 2018, concludes the study by mentioning that school-aged children with hyperactivity disorder improved after a test using Superbrain Yoga. Scientists have extensively studied the Superbrain Yoga moves and the Ganesh ritual.

Superbrain Yoga Is A Legit Way To Improve Cognitive Functions

According to limited studies, five minutes of ear-pinching squats performed in a day brings improvements in your life, making you less forgetful and smarter.

Whether Superbrain Yoga is a powerful intervention for Autism, Alzheimer and Attention disorder is yet to be found. Superbrain yoga can be taken up as an activity in meditation as it has benefits similar to it.