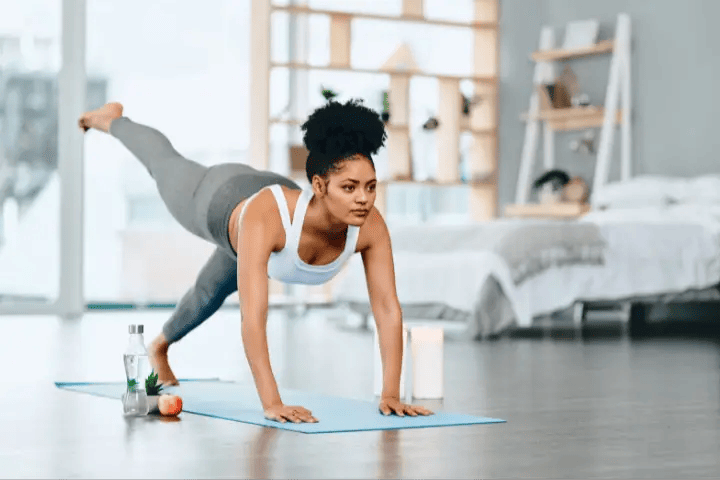 Since ancient times, yoga has been known as the uninterrupted connection between the soul and the body. Performing yoga is a form of selfless love for yourself.

The therapy is an excellent method of detoxification that leads to promoting your mental, emotional, and physical wellness. Pranayama, a breathing technique, purifies the lungs, increases the RBC, eliminates fatigue, dizziness, pale skin, etc.

However, will the same hold true if you resume your yoga poses within the first 24 to 48 hours after giving blood? Health professionals do not show you the green flag.

Yoga is termed the anaerobic exercise as it demands a certain amount of immediate energy. While performing yoga, your body needs to replenish the oxygen you have exhausted. Your body will not have the capacity to fill your lungs with the adequate amount of oxygen you would need after donating blood for the next two days.

Healthcare providers and reputed medical organizations are also not in favor of allowing people to do yoga after giving blood.

How Long After Giving Blood Can I Exercise?

Generally, those who enjoy working out and yoga have glowing skin and are in their best shape. However, you would be surprised to know that their RBC count is lower than couch potatoes.

Though yoga has several benefits, studies suggest that strenuous yoga postures can lead to fewer red blood counts and iron deficiency. Surprising as it is, donating blood further drops their blood count and oxygen level. You should prefer to wait for a minimum of two days before you should begin to exercise after giving blood.

The prime function of red blood cells is to transport oxygen, fluids, minerals, and other nutrients to all body parts. Since the body’s essential requirements take a dip, your decreased blood count will make you feel nausea, breathlessness, dizziness, etc. Thus, it would be a good idea to take a break from exercising for the next one or two days after giving blood.

Is it OK To Exercise After Donating Blood?

Simultaneously, medical professionals outline precautions before and after donating blood. Though there is no significant damage from donating blood, discussing your desire to become a blood donor with your healthcare provider is always helpful.

Before you donate blood, you will need to undergo a medical examination as a prerequisite procedure. Based on your medical tests, such as your hemoglobin report, detection of disease, frequency of donation, etc., you would be allowed to donate.

The American Red Cross and World Health Organization are a few federations that recommend blood donors to avoid strenuous physical activities. After donating blood, you should stay as far as possible from performing exhausting activities. It could include yoga, trekking, hiking, gyming, running stairs, jogging, shoveling, brisk walking, cycling, jumping rope, playing basketball, tennis, and other such sports. And why is that?

Donating blood has temporary adverse effects on the donor, which is almost negligible. However, there is no harm in taking the necessary precautions. After donating blood, you may or may not experience slight weakness, lightheadedness, dizziness, nausea, or feeling faint.

It would be a good idea to take a break from heavy-duty work and relax with iron-fortified juices and food. It is a rare coincidence that you may feel the effect of low blood pressure, muscle contractions, etc. Usually, young donors below 18 years of age are avoided for blood donation. First-time donors could feel a little uncomfortable for a short while.

What Should You Avoid After Donating Blood?

Although yoga asanas effectively eliminate weakness, dizziness, fatigue, loss of energy, shortness of breath, etc., performing the discipline may not give you the intended results after blood donation.

It would be desirable to avoid activities that increase your heart rate, muscle fatigue, and force heavy breathing. Health providers consider any action that exceeds 7 RPE (Rate of Perceived Exertion) as strenuous. Doctors suggest that you should avoid high-intensity exercises and yoga postures after giving blood. Anaerobic exercise, such as yoga, demands a more significant amount of oxygen.

Practicing yoga and exercises before 48 hours of donating blood can lead to fainting, dizziness, low blood pressure, risk of bleeding from the needle-pricked area.

Apart from physical activities, you should avoid certain foods that interfere with natural iron reproduction in the body. Calcium-rich foods, caffeinated beverages, chocolates, red wine, etc., prevent iron absorption in the body. Foods with high-fat contents are not suitable for your body after blood donation. It will help if you avoid alcohol and cigarettes at all costs before and after giving blood. It would be best if you relax for a day or two until your body has restored the lost blood.

How Long Does It Take For Your Blood To Replenish After Giving Blood?

There is no need to panic, but when you have donated blood, the oxygen level in your blood drops. In addition, your body is deprived of an adequate amount of iron-rich hemoglobin, fluid, and minerals in the blood.

Your body needs nutritious food, fluids, and plenty of rest to replenish the deficiency. Broadly, your recovery time depends on the unit of blood donated. However, the recovery time varies from person to person. In most cases, it takes 24 to 48 hours to regain strength.

You must ensure that there is a 12 to 16 weeks gap between two blood donations. Red blood cells take weeks to compensate for iron-rich hemoglobin, fluid, and minerals in the blood.

Is it OK to exercise after donating blood?

It is a good idea to exercise after 24 to 48 hours of donating blood. Donors need two days of recovery time before they can begin to work out.

What should you avoid after donating blood?

It will help if you avoid strenuous physical activities, exercise, yoga, and certain foods that interfere with natural iron reproduction in the body. You should avoid drinking coffee, tea, alcohol, and cigarettes before and after donating blood as it may slow down the production of red blood cells.

How long does it take for your blood to replenish after giving blood?

Your selfless act of kindness helps the community, even if you are contributing only one unit of blood. Though it is safe to recommence your usual routine right after donating blood, you should hit the pause button on your yoga classes. Take a couple of days off, let your body rejuvenate and then you will go back to your favorite yoga exercises in no time!